There is much discussion of the fact that President Muhammadu Buhari was arrested by the former national security adviser Sambo Dasuki during the coup that saw the emergence of Ibrahim Babangida as military ruler in 1985.

Babangida overthrew Buhari as head of state at that time when Nigerians were celebrating a Muslim festival and enjoying the public holidays.

Sambo Dasuki was the one who led a team of three army officers to arrest Buhari on August 26, 1985.

The others were Abubakar Dangiwa Umar, Lawan Gwadabe and Abdulmumuni Aminu.

After the coup Dasuki became the ADC (aide-de-camp) to Babangida. 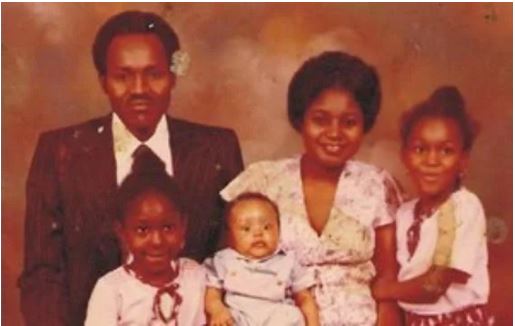 Buhari spent two years in prison and this ruined his first marriage to Safinatu.

Buhari and Hajia Safinatu were married in 1971 and they were blessed with five children: four girls and a boy.

However, upon Buhari’s release from a jail Safinatu divorced him as she was reported to had been desolated over his imprisonment.

Safinatu was the first lady of Nigeria from December 1983 to August 1985.

She divorced Buhari in 1988 which led to his relationship with Aisha in 1989, now Aisha Muhammadu Buhari, Nigeria’s first lady.

Meanwhile, Hajia Safinatu died in 2006 of complications from diabetes. 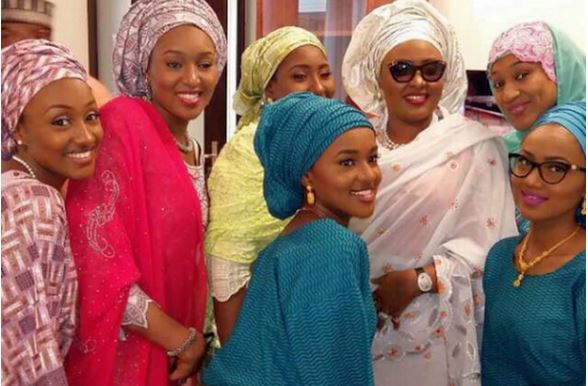 The Economic and Financial Crimes Commission is currently investigating how $2.2 billion meant for procurement of arms to fight the deadly Boko Haram insurgency were spent by Dasuki and other his associates.

The EFCC in the last weeks of 2015 made high profile arrests in connection with the matter.

The investigation is still ongoing and the commission says more senior officials of the former government might be quizzed on the disbursement and spending of the money.

During his first media chat on December 30, 2015, Buhari speaking on Dasuki’s detention, stated: “If you know the atrocities committed by the people granted bail then you’d understand.”