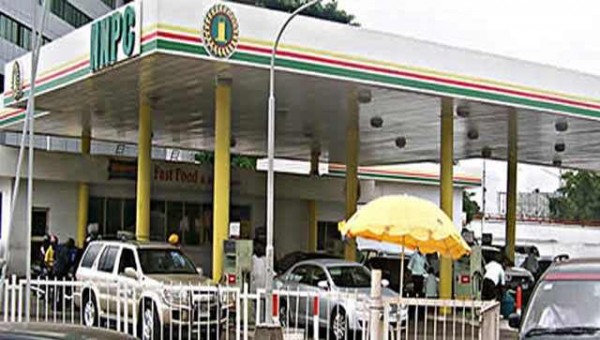 In a calculated attempt aimed at ensuring efficient distribution and country-wide penetration of petroleum products, the Nigerian National Petroleum Corporation, NNPC, has commenced nationwide consultation with stakeholders aimed at rallying support for the planned expansion of its retail outlets across the country.

Under the expansion plan, NNPC is seeking to expand the market share of its retail business to an appreciable level from the current 12 per cent by building a mega station in every Senatorial district in the country in the months ahead.

Speaking during the flag-off of consultation during the week with a visit to the Governor of Kaduna State, Nasir El-Rufai, the Group Executive Director, Commercial and Investment, Babatunde Adeniran, who led the NNPC delegation said the purpose of the visit was to solicit for the support of Kaduna State Government to provide lands for building new NNPC petrol stations in the state.

“Our mission is to build three mega stations, one each in the three senatorial districts of the state. We need about five thousand square meters for each of the station. Each station will have six pumps including that of Liquefied Petroleum Gas which is cooking gas”, the GED said.

Governor El-Rufai who was visibly elated expressed gratitude to NNPC management for deciding to flag-off the outlets expansion programme in Kaduna Sate, adding: “Any time NNPC comes visiting, it comes with good news”.

The governor, who gave express approval for lands to be made available to NNPC for the mega stations said: “I want to assure you that we will give you all the support that you need. The State Director of Lands will take the NNPC project team round the state to look at alternative sites. I don’t know how many you are building, we can give you as many as ten sites if you want”.

He stated that the supply of petroleum products was a key requirement for the prosperity of the country, adding that he was happy that NNPC was ready to invest heavily in the retail business to ensure that Nigerians are not exploited by private sector marketers.

He pledged the support of the state government to the success of the NNPC in general and the Kaduna Refining and Petrochemical Company (KRPC) in particular.

Speaking in similar vein during the consultative visit to Kano State, Governor Abdullahi Ganduje described NNPC as an indispensable business ally for socio-economic growth of Kano State and the country at large.

“Indeed, collaborating with the NNPC is indispensable if we are to achieve socio-economic development of the State. Kano State being the largest in terms of population and also the commercial nerve centre of the North, there is no better organization to have an alliance with than the NNPC”, Gov. Ganduje said.

He said he has already directed the Commissioner of Lands to work with the NNPC project team in selecting sites that meet the commercial requirement of the new filling stations in all the senatorial districts of the state.

“We know the philosophy behind establishing such retail stations. Considering that you are the custodians of crude oil and petroleum products in the country, one may wonder why you are into retail business. But those of us in governance understand the situation because if you leave everything to the marketers, then the problem of control especially of the price and availability will become difficult”, Gov. Ganduje enthused, adding that NNPC mega stations have integrity and do not require any enforcement for compliance on approved prices of petroleum products.

In a related development, the Governor of Jigawa State, Badaru Abubakar, has pledged support for the NNPC retail outlet expansion project.

Gov. Abubakar who spoke when he received the NNPC delegation for a consultative meeting on the retail expansion project said he has directed the Ministry of Lands to provide alternative sites that meet the stipulated requirements for NNPC to choose from.

Dr. Adeniran expressed gratitude to the governors for their unwavering support for the aspirations and success of the Corporation.