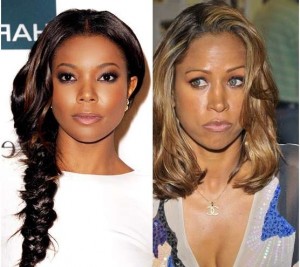 At the Sundance Film Festival premiere of ‘The Birth of a Nation’ on Monday, January 25, Gabrielle Union was asked to give her opinion about Stacey Dash’s controversial comments about the existence of Black History Month and BET Awards on an episode of ‘Fox & Friends’ last week.

“Who’s that? Who’s Stacey Dash? Is she like related to Dame Dash? Was she on Rocka Fella?” She first said, before adding, “I did hear about a crazy lady once, maybe last week but I don’t know what her name is…” However, she went on to say,  “the more that we focus on inclusion and a true representation of this country, I think that crazy lady will have less to say.”

(Even her cousin, Damon Dash, had some words about it.) Despite the backlash, the ‘Clueless’ star isn’t backing down.

‘I’m on Fox, because I refuse to back down… I owe it to my son and daughter to at least try to work toward a world where black people can speak out on any matter they want without the fear of incredible backlash… It’s 2016.  Let’s stop taking our marching orders from Democratic slave drivers. They have taken our votes and repaid us by ruining our colleges and large cities. They are responsible for #OscarsSoWhite,” Dash wrote in a blog posted Saturday, January 23