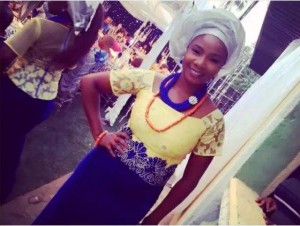 According to an online blog, the daughter of the screen goddess has graduated from Nnamdi Azikwe University with a degree in Mass Communication, and has now her opened NAJ Makeup Artistry, her makeup outfit.

Theodora Nnaji was present at her grandparent’s wedding anniversary at Mbaise, Imo state.

Genevieve’s father was an engineer before he retired. The actress is the fourth child out of eight in the family