Three armed men have reportedly stormed a hotel in the Red Sea city of Hurghada, one of Egypt’s most popular tourist resorts. 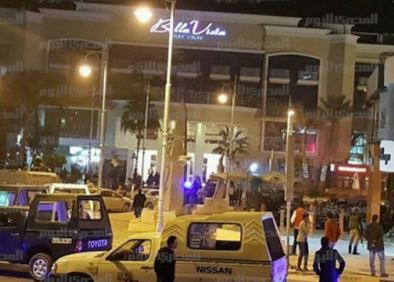 The attack took place at Bella Vista Hotel on today, Ahram Online reported. A hotel worker told the newspaper that at least two tourists had been injured. 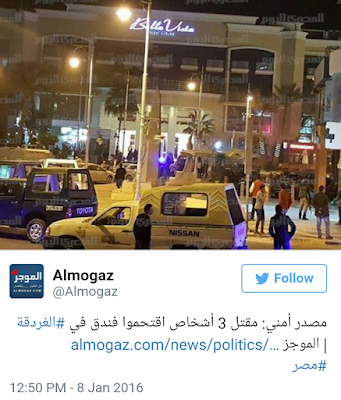 According to Reuters, security forces confirmed that two foreign tourists, one from Germany and one from Denmark were wounded  adding that the assailants arrived by sea to carry out the attack.

State television reported that Egyptian security forces killed one of the gunmen.

There have been no official reports on casualties so far.

There were no further casualties, Egyptian authorities reported, adding that the assailants had been trying to target security forces, not the tourists.