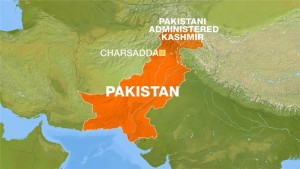 Up to 20 people have been killed, including students and a professor, as gunmen attacked a university in northwest Pakistan, a provincial minister says. The assault began on Wednesday morning at the Bacha Khan University in Charsadda, about 140km from the capital Islamabad.

Provincial Minister for Health and Information Shaukat Yousafzai added that over 50 people have been injured. An Army spokesperson has confirmed that four gunmen have been killed. Local media reports that the attack has been claimed by Tehreek-i-Taliban Pakistan.

The university has over 3,000 enrolled students and was hosting an additional 600 visitors on Wednesday for a poetry recital on the death anniversary of the Pashtun activist Abdul Ghaffar ‘Bacha’ Khan, the vice chancellor said. Officials say 63 students have been rescued from the premises.

Al Jazeera’s Kamal Hyder, reporting from Islamabad, said security forces’ initial operations were hampered by heavy fog. “According to police sources, three attackers entered the university of about 3,000 students. Eyewitnesses are saying they’ve heard number of explosions and they can still hear the gunfire.