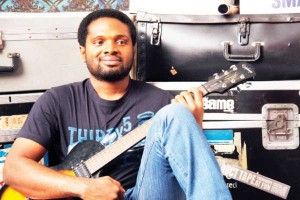 Today, we celebrate the birthday of one of Nigeria’s most talented and gifted music producers.

He dropped out of the University of Lagos where he was studying Law to focus on music.

In 2005, Asuquo signed with Sony ATV London as a songwriter.
In 2006 he established his own studio, and is the CEO/ Head of Productions of CAMP (Cobhams Asuquo Music Productions).