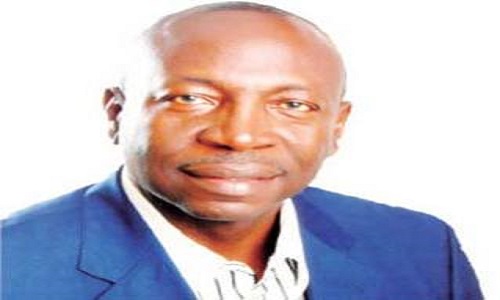 A governorship aspirant in the 2016 election in Edo State on the platform of Peoples Democratic Party, PDP, Pastor Osagie Ize-Iyamu, has denied allegations that he shared rice meant for the presidential campaign of former President Goodluck Jonathan in the state as his Christmas gift to Edo people.

In a statement in Benin City yesterday, the aspirant said, “For the records, Dr. Jonathan or PDP never brought rice to distribute for the presidential election in Edo State, so it is impossible to contemplate its being diverted.

“It was Transformation Ambassadors of Nigeria, TAN, a support group for the then President, that sent some 5kg bags of rice which were given to the party leadership to distribute and were never given to me as state coordinator.

“The rice I shared during the last Christmas was in 50kg, 25kg, 10kg and 2kg bags respectively. The 2kg bags which had the inscription of PDP and operation feed Nigeria was produced by a friend and his phone number is boldly written on the bags. He gave me these bags free of charge to give to as many people as possible as gift during Christmas.

“I stuck my stickers on the bags after bagging them to enable the recipients know where the rice came from and I thank God for all those who supported me to achieve this gesture of love in a state that has been plundered by those who promised to abolish poverty.

“I challenge those who persist in lies and character assassination to call the phone number on the back of the 2kg bags and confirm the producer of these bags. Common sense which is lacking in the life of political thieves could have revealed that rice stored for over a year would be prey to weevils and clearly not suitable for human consumption”.

Ize-Iyamu accused those he described as political hirelings of attempting to cast aspersions on the integrity of his person by falsely accusing him of diverting rice meant for the presidential campaign of the former president and distributing same as his own Christmas gift to Edo people.

“This baseless allegation, which is absurd, was quickly refuted by the leadership of PDP in Edo State as untrue. That emphatic statement ought to have cleared the matter but clueless detractors desperate to earn their pay stuck to their mischief and insisted that their allegation must be investigated”, he said.