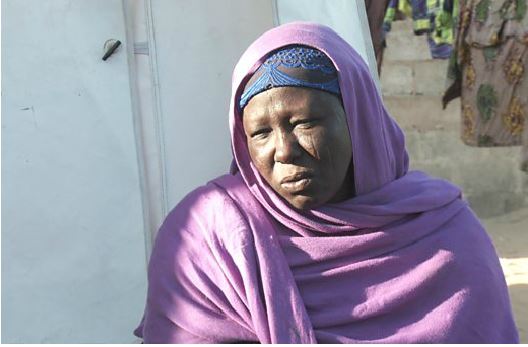 In an interview with BBC, a woman at one of the IDP camps narrated how her husband and 8 children where abducted by Boko haram members. She says she doesn’t know whether they are alive or dead.

“I have eight children plus my husband. Boko Haram came at dawn. After spending about two weeks in the town, they took my husband and later my children too.
They released him after two weeks but they also came back and took him away around 5pm. They also took my children away from their school. They took the rest from me here at home where I was hiding them. I don’t know whether they are alive or dead. I don’t know what has happened to my husband. I didn’t see their bodies. I still cry whenever i remember them but I find a way to console myself and move on”she said.

Share
Facebook
Twitter
WhatsApp
Previous articleMeet the couple that met & fell in love at Dalori IDP camp (photos)
Next articleCancer survivor featured in cruel Meth memes hits back. “I am more than a meme, I am a father, husband, survivor…”
- Advertisement -