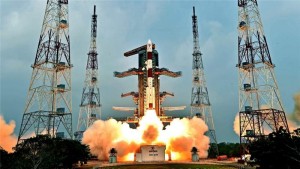 Indian officials say their country will set up a satellite tracking and imaging centre in southern Vietnam that will give Hanoi access to pictures from Indian earth observation satellites that cover the region –  including China and the South China Sea.

The move could heighten tensions between the two countries and Beijing. Both states have long-running territorial disputes with China. India also extended a $100m credit line for Hanoi to buy patrol boats and is training Vietnamese submariners in India, while Hanoi has granted oil exploration blocks to India in waters off Vietnam that are disputed with China.

The facility will be equipped to receive images from India’s earth observation satellites that Vietnam can use in return for granting India the tracking site, said an Indian government official connected with the space programme.

“This is a sort of quid pro quo which will enable Vietnam to receive IRS [Indian remote sensing] pictures directly, that is, without asking India,” said the official, who declined to be identified because he was not authorised to speak to the media. “Obviously it will include parts of China of interest to Vietnam.”