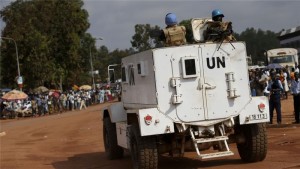 The United Nations has launched a fact finding mission into new allegations that its peacekeepers sexually abused four underage girls in Bangui, the capital of the Central African Republic (CAR).

The UN mission in CAR, known as MINUSCA, said in a statement on Tuesday that it was “investigating fresh allegations concerning both sexual exploitation and abuse and other misconduct by UN Peacekeepers and international forces in Bangui”.

Stephane Dujarric, spokesman for the UN secretary-general, said the four victims had been provided with medical and psychosocial care, but did not specify when the alleged abuse took place or how many peacekeepers were involved in the case.