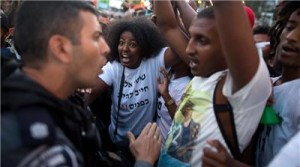 The Israeli government says it plans to restart its law of return programme in Ethiopia. Under the “Aliyah” rule, anyone who can prove their Jewish identity can move to Israel. Israel stopped the programme for Ethiopians in 2013, saying there was no one left who met the criteria – a move that split up thousands of families.

For example, the family of Werkenshe Akalu, an Ethiopian Jew, left for Israel in 2013 but she was unable to follow. “I feel lonely here because all my family are in Israel,” Akalu told Al Jazeera.  Feleke Goba’s parents and grandparents were allowed to settle in Israel in 2003. He said he does not know why his application was not accepted. His mother passed away in Israel and he was unable to afford to travel and see her before she died.

“Now I hope I can go to Israel before my father dies, even just for one day,” said Goba. However, in light of the government’s recent change of heart, critics say Israel arbitrarily makes changes to increase the Jewish population, and treats Ethiopian Jews as second-class citizens. Last year, Ethiopian Jews clashed with police in Tel Aviv during protests against institutionalised racism.

In Hebrew, Aliyah means “the journey to Israel”. The Jewish Agency, which helps to organise the immigration of Jews to Israel, denies accusations that the government applies the law of return arbitrarily. “Ethiopian immigration to Israel is the only example of a Western democracy investing money to bring people from Africa to serve as full-fledged citizens of that country, and not for other purposes,” Avi Mayer, Jewish Agency spokesman, told Al Jazeera.