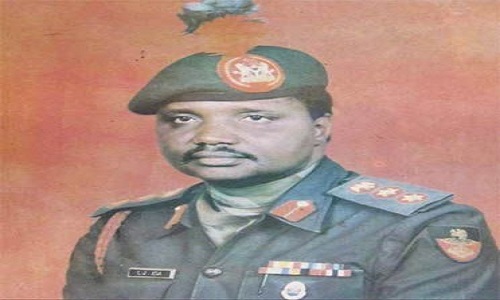 The Peoples Democratic party, PDP, on Sunday said the release of President Muhammadu Buhari’s associate and chieftain of the All Progressives Congress, APC, Jafaru Isa, by the Economic and Financial Crimes Commission, EFCC, barely eight hours after he was arrested, vindicates its position that the Federal Government is not fighting corruption but on a clamp-down mission on PDP leaders.

The PDP made this claim on the backdrop of the detention of its spokesperson, Olisa Metuh, since last Tuesday by the EFCC without being charged to court or the offence for which he is being held, disclosed.

The main opposition party said that while Metuh, who was arrested without invitation by the anti-graft agency, has remained incarcerated, Isa, a retired Brigadier General and former Military Administrator of Kaduna State, who even disregarded the commission’s invitation and had to be arrested, was quickly released after the EFCC chairman, Ibrahim Magu’s meeting at the Presidential villa last week.

The PDP in a statement signed by its National Legal Adviser, Victor Kwon, on Sunday said there can be no clearer indication that the APC-led administration is on a man-hunt against PDP leaders, and that it has a personal grudge against Mr. Metuh, ostensibly for his stance as opposition spokesperson, particularly his recent exchange with the government and the APC over their dictatorial activities.

The party queried the action of the EFCC in freeing Mr. Isa, eight hours after his arrest last Wednesday night while Mr. Metuh is still being detained even when the two are being investigated over the same allegation of receiving funds from the office of the National Security Adviser.

“The release of Jafaru Isa, a known associate of the President and chieftain of the APC eight hours after his arrest while our spokesman remains in detention even when the two are being investigated over same allegation, clearly shows that the President Buhari-led APC government is not fighting corruption but using the much hyped crusade as a cover to persecute PDP leaders and decimate the opposition, a project the EFCC has clearly yielded itself as a willing tool.

“We have information of the marching order from the Presidency for the immediate release of the President’s associate and that his issue is one of the major part reasons for the repeated visits of the EFCC Chairman to the Presidential villa within the period of his arrest. Of course, there is nothing hidden under the sun.

“We ask, how can the EFCC now explain to the world that it is not corrupt and teleguided by the Federal Government to persecute PDP leaders? What happened to the illegal holding charge upon which it has detained the PDP spokesman beyond the limit stipulated by section 35(5a) of the constitution and in violation of his guaranteed personal liberty under the law?

“Are there now two separate sets of laws; one for PDP leaders and perceived foes of the President Buhari-led government which allows them to be detained beyond constitutional limits without being charged to court and another set, for associates of the President associates and APC leaders, which guarantees them a slap in the back and immunity from investigation and prosecution, and if arrested, an immediate release?

“Is it really true that the fund Jafaru Isa was alleged to have received from the former NSA was traced near the corridors of those who today bestride power in the country? Furthermore, can the Federal Government and the APC now in all honesty face the world and announce that this administration is indeed waging war against corruption?

“Can the EFCC explain what has happened to several petitions by Nigerians on corruption issues against many APC leaders including those who as former governor looted funds belonging to their state? Are they now under immunity for the fact that they are in the APC and that most of the funds they looted where used to finance APC’s Presidential campaign?

“While we reiterate our support for any effort aimed at eradicating corruption in our nation we stand our ground in demanding that the fight must be holistic, credible, within the limits provided by the laws irrespective of political affiliations.

“The PDP therefore restates its demand that the EFCC immediately releases its spokesman, Chief Olisa Metuh or charge him to court if they have any case against him. His continued detention without being charged to court is only indicative of the fact that the commission has not been able convince itself of enough evidence of guilt and is now lending itself as a willing instrument of persecution against Chief Metuh.

“The public will recall that the PDP is not given to frivolous claims as evidenced in many instances including our alert last year of a meeting between the Presidency, the then newly appointed INEC Chairman and top security officers just before the Kogi and Bayelsa governorship elections.

“Finally, we state with every sense of responsibility that now that it is clear, with the release of Jafaru Isa eight hours after his arrest, that the continued detention of our spokesman is politically motivated, this party can no longer guarantee that it can rein in its members and supporters who have been exercising restrain since this particular arrest by the EFCC. Nigeria belongs to all of us and the laws are made for all of us and must be applied on its values and spirit without political considerations”.