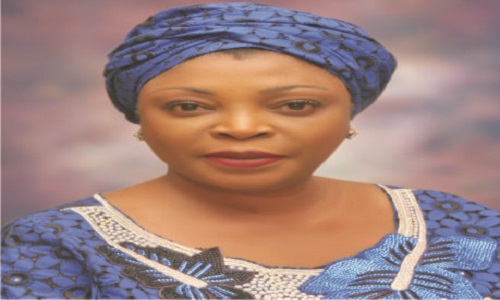 The member representing Irepodun/Ekiti/Isin/Oke-Ero federal constituency of Kwara State in the House of Representatives, Princess Funke Adedoyin, has labeled the Jebba-Mokwa road a national disaster.

The lawmaker said the road was in need of urgent reconstruction.

Speaking in Ilorin, Kwara State capital on Wednesday when she led a delegation of the House of Reps Committee on the Army, of which she is Deputy Chairman, on a courtesy call on the Kwara State Governor, Abdulfatah Ahmed, at the Government House, Ms. Adedoyin noted that the deplorable state of the road had caused loss of lives and properties as it is a major link road between the Northern and Southern parts of the country.

She promised to liaise with the House of Reps Committee on Works on how to ensure that the road receives urgent Federal Government attention to halt carnage on it.

The lawmaker also commended the state government for what she called the excellent relationship between it and the Army and other security forces.

Adedoyin said the 22 Armoured Brigade Cantonment at Sobi in Ilorin occupies a strategic position in its operations, which covers Kwara State and parts of the neighbouring state of Niger.

Responding, Governor Ahmed said he had made several presentations at the National Economic Council and other fora on the need for reconstruction of the Jebba-Mokwa Road.

Mr. Ahmed promised greater partnership with the Nigerian Army and other security agencies on security in the state.

He said the nation must tackle its security challenges in parts of the country.

The governor commended the members of the House of Representatives on the Army for their active disposition to the promotion of the welfare of the Nigerian Army.