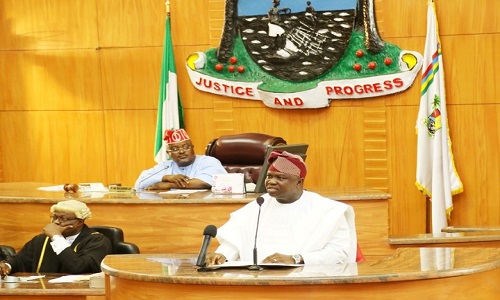 The Lagos State chapter of All Progressives Congress, APC, on Wednesday hailed the State House of Assembly for the quick and prompt passage of the 2016 budget sent to it by Governor Akinwumi Ambode.

The party said the House by its action, has kick-started the government’s resolve to unleash rapid development in Lagos this year.

In a statement issued by its Publicity Secretary, Joe Igbokwe, the party said the quick passage of the budget signifies the eagerness of both the executive and the legislature to take Lagos to the next level.

“Lagos APC is happy about the cordial relationship built on shared progressive belief, mutual respect and convergence of ideas between the House and the executive as we believe this will work to the advantage of Lagosians in the coming years.

“We see the prompt passage of the budget as a means of deepening the mutual understanding between the various arms of government towards the aspiration to make Lagos to continue to excel in progress, good governance and rule of law”, Mr. Igbokwe said.