Amidst tears and outcry, the Lagos state government carried out a major demolition on the Owonifari part of the Oshodi market, today, Wednesday, January 6.

The demolition was supervised by security operatives and while the exercise ended before midday, evacuation continues.

It was reported that shop owners who are largely Igbo people from the eastern part of the country had been issued with a notice from the state government asking them to leave. This was however denied by several shop owners who spoke with Naij.com.

A shop owner who spoke on the condition of anonymity to Naij.com said it was painful to look at the rubbles that used to be his investment. Sniffing back tears, he said:

“I have been doing business in Oshodi for the past ten years and I invested all my money and time in investing in it. I just returned from the Christmas holiday when I was told my shop was being demolished. I had little time to pack my things. My life is ruined.”

Another shop owner who simply identified himself as Chibuzor spoke via phone with Naij.com. He said he was still in the east where he had gone to spend the holiday adding that another shop owner told him the unfortunate news.

“I don’t think I will return to Lagos as everything I own is gone,” he lamented.

Another trader who spoke anonymously said it was shameful that they were not given enough time to evacuate. He claimed the matter was still ongoing and people were caught by surprise when bulldozers were brought in to clear the market.

The claim that goods and valuables were still in the shops before they were demolished seems true as members of the demolition team were seen putting aside appliances and gadgets while evacuation continued. 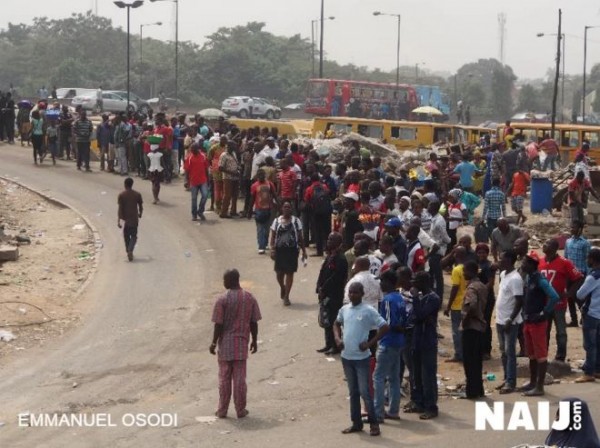 Traders watch their shops being demolished. 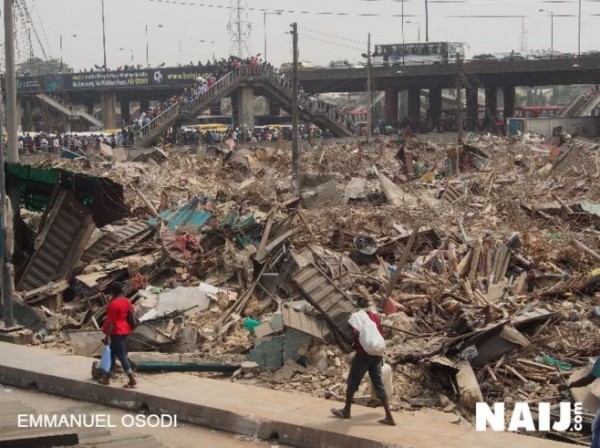 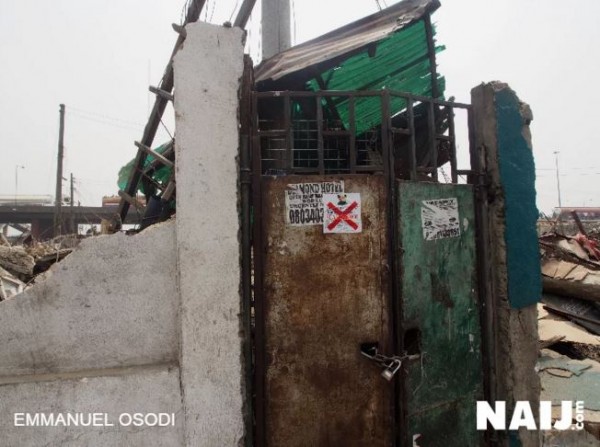 The main entrance to the market partially demolished. 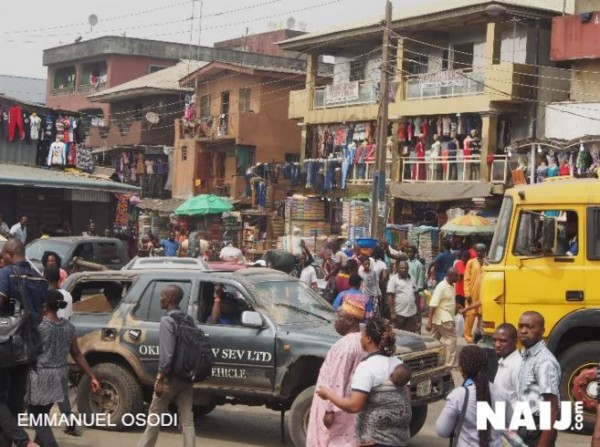 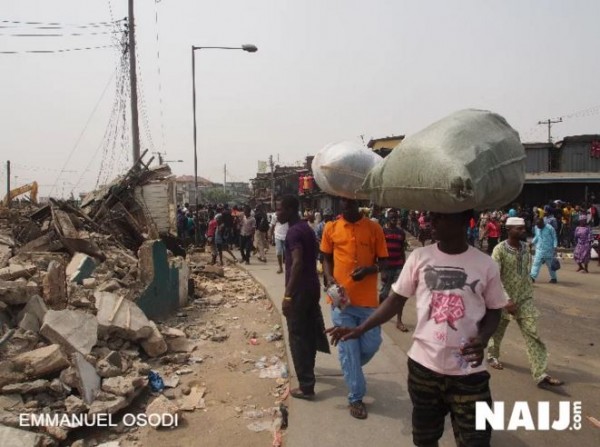 Traders conveying some of their belongings away from the demolished Owonifari market. 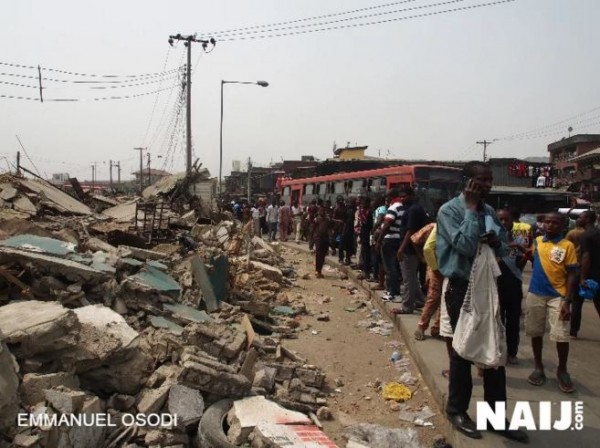 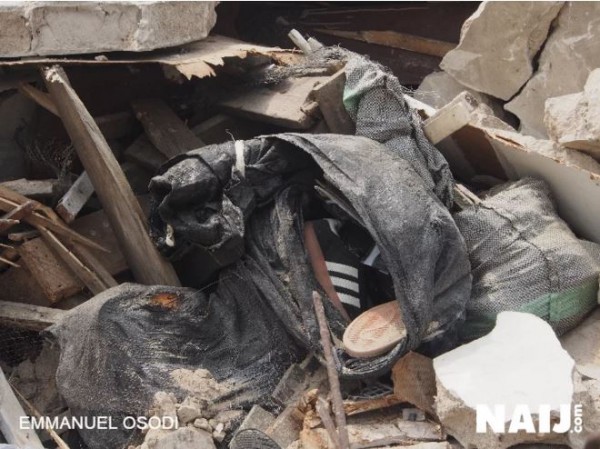 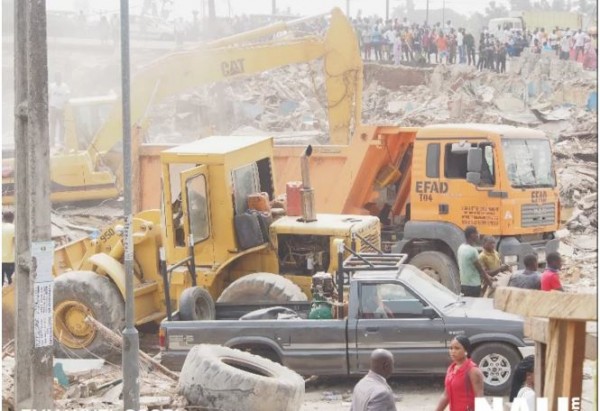