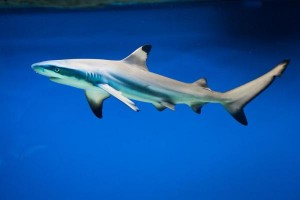 A condominium resident in Florida was met with a shock when she discovered a live shark in the building’s pool.

The five-foot black tip shark was found in the Mariner’s Cay condominium pool in Lake Worth and removed by Florida Fish and Wildlife Conservation Commission officers according to a Sun-Sentinel report.

The woman also reported seeing two men running from the scene at the time of her discovery and an FWC officer contacted management after noticing surveillance camera’s in the area.

“This incident is the focus of an ongoing and active investigation,” FWC spokesperson Rob Klepper told Patch. The shark was released into the Intracoastal Waterway after being removed from the pool.

Share
Facebook
Twitter
WhatsApp
Previous articleN34bn Fraud: 4 Reasons Why Tompolo Refused To Appear In Court
Next articlePhotos From First Visit Ooni Of Ife To Alaafin Of Oyo Since 1937
- Advertisement -