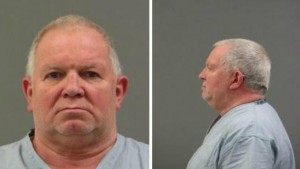 A northwest suburban Illinois man shot his wife to death early Friday after they got into an argument over his leaving the coffee maker on at their Barrington home, according to prosecutors. Bond was set at $3 million for Larry R. Lotz, 65, who faces two counts of first-degree murder for the attack that happened about 12:30 a.m. Friday, according to Lake County state’s attorney’s office spokeswoman Cynthia Vargas.

Emergency crews were called to the home in the 400 block of North Cook Street, where 59-year-old Karen Lotz was found with multiple gunshot wounds, according to Barrington police and the Lake County coroner’s office. She was taken to Advocate Good Shepherd Hospital in Barrington, where she later died, authorities said.

Lotz admitted in a videotaped confession that he went to his office above their garage after he and his wife got into a dispute over his leaving the coffee maker on in the kitchen, Vargas said. When his wife came into the office after him, he shot her four times while sitting at his desk, prosecutors said.