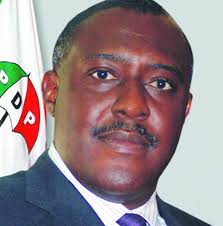 The National Publicity Secretary of the Peoples Democratic Party (PDP), Mr Olisa Metuh has been released on bail after meeting the bail conditions given to him by the court.

A Federal High Court had on Wednesday, varied the bail conditions given to Mr Olisa Metuh. Mr Metuh was released on Thursday afternoon.

Metuh is accused of receiving the sum of N400 million from the office of the former National Security Adviser, Col. Sambo Dasuki, without a contract, contrary to the Money Laundering Act.