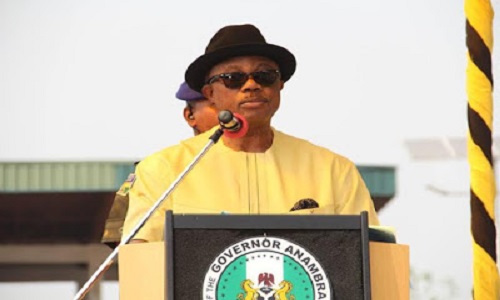 The Peoples Democratic Party in Anambra State has called for the resignation of Governor Willie Obiano over his alleged inability to give a clear account of the N75 billion his predecessor, Mr Peter Obi, handed over to him.

The party also asked the Speaker of the State House of Assembly, Mrs. Rita Maduagwu, to resign for the alleged failure of the legislature to do its duties regarding the unaccounted N75 billion.

Rising from an expanded State Council meeting in Awka, the state capital yesterday, the PDP accused Mr. Obiano of several constitutional breaches including a plot to set up a caretaker committee instead of conducting an election.

The Anambra PDP chairman, Prince Ken Emeakayi, who spoke on behalf of the party, insisted that Governor Obiano must resign immediately in the interest of the state and the rule of law.

He said: “We call for the immediate resignation of Chief Willie Obiano as the governor of the state for misconduct, abuse of office and public trust, and breach of the 1999 constitution.

“We call also for the immediate resignation of the Speaker of the Anambra state House of Assembly, Mrs. Rita Maduagwu, for misconduct, incompetence and negligence”.

He said: “We have noted with great disappointment and dismay how the APGA-dominated Anambra State House of Assembly has continually degenerated from the position of mere rubber stamp in the hand of the governor to their present status of a collapsed arm of government in the state, which is why the State Assembly has not found a reason for action over the money handed over to Governor Willie Obiano by Chief Peter Obi.

“Our position in this matter is very simple; from the totality of the public statements credited to Governor Willie Obiano’s administration and Chief Peter Obi’s side of the story, one thing is very clear: It has been established by both sides to the effect that the crime of fraud, false statement of account, falsification, and deceit, has been committed on oath against the government and people of Anambra state”.