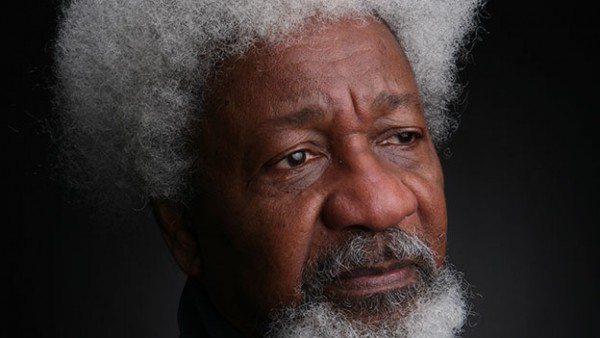 The All Progressives Congress, APC, in Rivers State has apologised to Nobel Laureate, Professor Wole Soyinka on the embarrassment caused him by Governor Nyesom Wike’s allegation that the former Rotimi Amaechi administration spent N82 million on his birthday dinner, which lasted just three hours.

The Rivers APC chairman, Dr. Davies Ikanya, who made the apology in a statement issued by his Senior Special Assistant on Media and Public Affairs, Eze Chukwuemeka Eze, described Wike’s allegation as the unfortunate ranting of a drowning man.

The Rivers Commissioner for Information and Communications, Dr. Austin Tam-George, last week alleged that N82 million was wasted on hosting the Nobel laureate to a birthday dinner, threatening to ask Prof. Soyinka to make a refund if it emerges that he collected part of the money in cash.

APC said: “On behalf of the good people of Rivers State, we hereby tender an unreserved apology to Prof. Wole Soyinka and assure him that Wike’s vile attempt to link him to an imaginary corruption has failed.

“The accusation is nothing but the ranting of a drowning man looking for whom to pull into the stinking pool. But Wike has over-reached himself this time, because Prof. Soyinka is globally renowned as a man of unimpeachable integrity, who has never been associated with corruption in his over 80 years on earth.

“The fact remains that Wike is currently in a pit full of faeces, looking for whom he will splatter the faeces on; sadly, he remembered our revered Nobel laureate. As rightly observed by Prof. Soyinka, Wike is ready to splatter sewage in all possible and improbable directions”.

The Rivers APC noted that Wike, in his desperation to demonise Amaechi and whoever that is associated with him, must have forgotten that his panel of enquiry, which investigated the former governor’s tenure, exonerated him of any financial misdeeds.

The party said the achievements of the Amaechi administration could not be wished away or cancelled through cheap blackmail.

It also said Wike’s outbursts did not surprise the party because of the governor’s antecedents as a “controversial politician”.

Rivers APC said: “For Wike to try to disparage a respected personality like Prof. Soyinka in this manner only exposes him as a drowning man looking for any tool to stay afloat. If Wike is sure of his records, why doesn’t he go to court to retrieve the N82 million?”