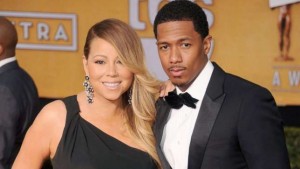 Although the couple can’t be married because they are still technically married to their different spouses until their divorces are complete, Nick Cannon referred to them as ‘great people’ and ‘great couple.’

In an Instagram post with a hilarious meme showing him in the hospital while Kevin Hart consoled him for finally losing his ex-wife to Parker, Cannon wrote, ‘Ha! This made me laugh out loud for real!!! HILARIOUS! #AllLove . Congrats to @MariahCarey and James!  May God Bless Your Future Union… #GreatPeople #GreatCouple’