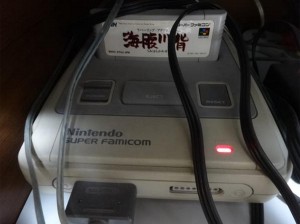 AN AVID gamer has revealed that he left his Super Nintendo console turned on for 20 YEARS – so that he didn’t lose his progress. This may sound nuts to modern gamers – nowadays, consoles such as the PS4 and Xbox One, save games easily – but back in the 1990s it was a different story.

The now vintage Super Nintendo console didn’t offer the ‘saving’ technology available today and once the batteries that were keeping saved progress eventually died, all progress in your chosen game would be lost. Defiant gamer and Twitter user Wanikun decided that he wanted to keep on playing his Japanese game, ‘Umihara Kawase’, so he left his console on – for over a whopping 20 YEARS.

Wanikun shared an image of his ‘Super Famicom’(the Japanese name for the Super Nintendo) and states that it has been left switched on for over two decades; tweeting that his console had in fact been on for an astonishing 180,000 hours – or 20 years, six months, two weeks, three days, eight hours and 39 minutes.

He said: “Incidentally, I’m pretty sure my first generation Umihara Kawase, which has been on in the SNES for over 20 years, has been in operation for over 180,000 hours. If the power is tuned off, I’ll lose all my replay data. Probably.” According to Rocket News 24, Umihara Kawase – a game which stars a 19-year-old Japanese school girl who is lost in a world of strange creatures – was released back in December, 1994.