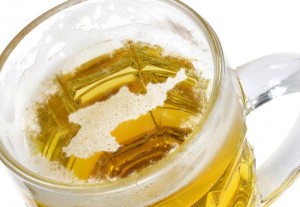 North Korea announced food scientists have achieved a major scientific breakthrough: a “suave” liquor that “causes no hangover.” The state-run Pyongyang Times said in an English-language report that scientists with the Taedonggang Foodstuff Factory altered the recipe for the ginseng-based Koryo liquor to eliminate the morning-after hangover effects of consuming alcohol.

The report said researchers found the hangover was eliminated by “using the boiled and scorched glutinous rice instead of sugar” to cover the bitter taste of the ginseng. “Koryo Liquor, which is made of six-year-old Kaesong Koryo insam, known as being highest in medicinal effect, and the scorched rice, is highly appreciated by experts and lovers as it is suave and causes no hangover,” the Pyongyang Times said.

“The product exudes national flavor also in the shape of bottle and packaging,” the Pyongyang Times said. North Korea previously claimed to have used ginseng to develop a drug that treats conditions including MERS, SARS and AIDS.