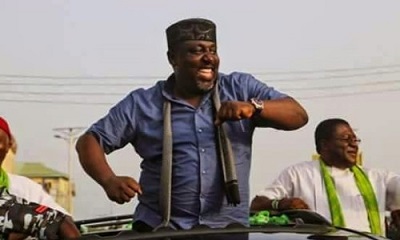 Former Deputy Speaker of the House of Representatives, Chief Emeka Ihedioha, has described the recent dismissal of over 3,000 workers by Imo State Governor Rochas Okorocha, as “most reckless, insensitive and completely lacking in economic sense”.

“There is no doubt that the Nigerian economy is facing a downturn as a result of dwindling oil revenue but the solution is not arbitrary disengagement of workers and scrapping of key parastatals, such as the Hospital Management Board, Imo Water Corporation, Imo State Investment Promotion Agency, Imo State Library Board, Agricultural Development Programme and others,” Ihedioha said.

According to the former deputy speaker, “having anchored his election campaign mantra on job, industry, factory and employment, Imo people looked forward to more jobs, employment opportunities and improved working conditions instead of disengaging the already demoralized workers”.

“Choosing to sack thousands of workers as the only viable option to tackling the state’s dwindled economic base is unfortunate, senseless, uncharitable and anachronistic,” Chief Ihedioha said.