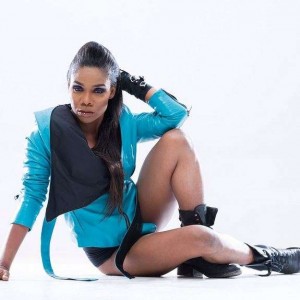 Famous Nigerian professional dancer, Kaffy, 35, has shared her thoughts on Olamide’s infamous stage rant at the 2015 edition of the Headies on January 1, 2016.

Kafayat Oluwatoyin Ameh said she did not witness what happened or stage or the green room for the artistes because she was in her own green room.

She stated she was not happy about the incident and she does not condone Olamide’s behaviour.

“Fortunately for me I was not anywhere near that area. I was waiting in my green room. I heard the scenario. I am not happy about it. I remember a couple of years back when I introduced Olamide to the Hip TV family so for me I will not condone any kind of behaviour in that manner” said Kaffy in an interview with Hip TV.

She further said Olamide reacted the way he did because of anger, and rap star Olamide is not that type of person.

“Whether you are justified or not it’s not what we want young people to emulate, even though we are angry, we want to find a way to contain it. I am sure he is sorry about it. He is not that kind of person. The person I know is not that kind of person. So he probably allowed anger to take over him for a moment, and that moment was all over the world unfortunately, but I am sure it is not going to happen again.“

According to reports the rapper and his crew vandalized the green room for artistes at the award ceremony.

The pair quickly settled their differences in a meeting organized by Nigerian billionaire Aliko Dangote.

Kaffy was the co-host of The Headies alongside Bovi. 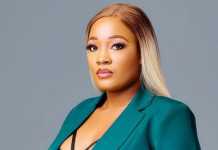