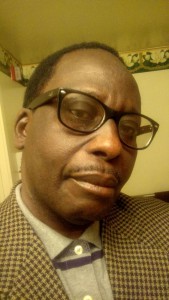 For Captain Sagir Koli the battlefield may be the crucible to survive. He must be agile, decisive, quick thinking, and above all courageous. Merriam-Webster Dictionary defines courage as “mental or moral strength to venture, persevere, and withstand danger, fear, or difficulty.”

But courage manifests itself not just in firefight. Courage means much more than bravery. It means having the character traits that make Koli an effective captain in the battlefield and in the political theater. Soldiers in the Army live by seven Army Values, all of which are equally important: Loyalty, Duty, Respect, Selfless Service, Honor, Integrity, and the seventh value “Personal Courage.”

Personal Courage as defined by the Army, “is to face fear, danger, or adversity.” Personal courage is the ability one has to overcome a difficult task or situation with steadfastness, to do the moral and right thing when given an opportunity to benefit others by hurting oneself.

It is not often that we see newspaper banner headlines with good news from Nigeria. It’s always screaming headlines about corruption, abduction, kidnapping, lynching, armed robbery, assassination, murder, and other gory stories typical of a doomed society. It is refreshingly comforting to read about the heroic and courageous act of a Nigerian Army Captain Koli filling the void.

Captain Sagir Koli of the Nigerian Army exposed the planning and rigging of the 2014 gubernatorial election in Ekiti State. Koli discretely audio-taped a meeting between army officers and top PDP officials on June 20, 2014 in Akure, Ondo State, which returned Fayose as Governor of Ekiti State. At the meeting were: Senator Iyiola Omisore, the Minister of Police Affairs, Jelili Adesiyan, Ayodele Fayose Senator Musiliu Obanikoro, Brig General A.A. Momoh, commander of the 32nd Artillery Brigade, and a member of National Assembly Honorable Abdulkareem. As evidenced in the Ekitigate video, the participants were heard discussing strategies for rigging the election.

Koli had to flee Nigeria for his dear life once PDP top officials as well as the military realized that he had secretly taped conversations of the rigging sessions at the meeting. SaharaReporters first released secret audio recordings, a sworn affidavit, and transcripts of the detailed plan to rig the elections. In retaliation, the Army arrested his younger brother, Adamu Koli in Captain Koli’s house in Akure, Ondo State where he was serving.. He was chained, handcuffed, and starved of food. Koli had since returned to Nigeria and met with President Muhammadu Buhari at Aso Rock. Koli has been reabsorbed into the Nigerian Army.

In the blood and ritual politics of Nigeria, the legal and rhetorical climate for whistle blowers and investigative journalists who tell their stories is stormy. Any political observer of Nigerian politics knows that those in power love to operate in the dark because it allows them to abuse their power. The need for an outside forces to bring light and transparency to what they are doing becomes necessary.

Whistle blowers are courageous and patriotic. Koli is a living example. Koli must have been motivated by the excessive evils of Jonathan administration. Koli believes Nigerians have the right to know and they must know what their government is doing in the dark. We now know through the Ekitigate video  that Mr. Goodluck Ebele Jonathan is not a “hero of democracy” as some dumb, deaf, and blind Jonathanians would want us to believe. The opposite is true.

Through the Ekitigate video, Koli evangelized the truth about Mr. Jonathan being an enemy of our democracy, a ruthless, power hungry president who was desperate to cling to power at all cost. Thanks to the internet the Ekitigate video went viral. The internet is forcing change as an information platform which thrives on transparency. Jonathan created and nourished  oppressive climate of fear. He was persistent and he pursued wrongheaded and dangerous policies including election rigging using the military as tools.

Koli stirred the pot and confirmed the long suspected election rigging plan of Mr. Jonathan and the PDP. Koli’s video peeled away all obstructions in order to expose facts. The video evokes Koli’s strength and courage and his stance against evil. He’s anything but self-congratulatory. Rather than praise himself, he secretly and quietly gone into hiding.

Koli acted as a moral compass for the Army. He acted with personal courage by taking advantage of situation that will make his life more difficult, but ultimately will improve the lives of Nigerians and the outcome of our democratic experiment. The Army is lucky to have Koli, a man of internal fortitude. He demonstrates moral fiber that facilitates courage. He acted quickly and decisively when faced with moral issues.

He demonstrates integrity by refusing to deceive others in any way, no matter what circumstances. He did the right thing when no one was watching or knows. That’s character. He possess courage. No one respects a wimp. Courage has never been a surplus commodity in Nigeria. Not with the political class and the Nigerian military. Koli demonstrates that he has courage to persist and hold on to ideas in the face of opposition. It takes courage to tell the boss what he/she does not want to hear, or to make unpopular decisions. Actions speaks louder than voice. Koli has shown us that honesty and openness must prevail always.

Captain Sagir Koli is a Nigerian hero. He was the last man standing in the midst of wimps and thieves. He should not only be reabsorbed into the Army, but rewarded for his courage by making him commander of the intelligence unit of the Nigerian Army.

Thanks Captain Sagir Koli for saving our nation, our people, and our democracy!