Home Metro News Oyedepo’s Priesthood Is For A Lifetime; He Will Not Retire, Winners Chapel...
Facebook
Twitter
WhatsApp 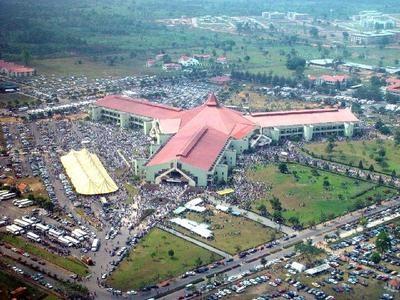 “Moses, Joshua, Aaron ministered and his son also did; Elijah, Elisha and Paul, among others. Therefore any online publication purporting his retirement is false.

“For those interested, the Red Book, The Mandate, explains our succession plan. The good news of generational success as promised by God for the righteous must be causing pains for the ignorant, the envious and the wicked. Refuse to be a part of propagating evil.”

According to reports on Friday, Oyedepo’s eldest son, David Jnr, who presides over the branch of the Winners Chapel in London, United Kingdom, is to be named the resident pastor of Canaanland, the church’s headquarters in Ota, Ogun State on January 10.

The reports say while operating as the resident pastor of the Faith Tabernacle in Ota, Oyedepo Jnr will be saddled with the responsibility of overseeing the activities of the church worldwide.