It was a mixture of coldness and disapproval from worshipers when the general overseer of the Redeemed Christian Church Of God (RCCG) hinted his impending death.

The annual Holy Ghost Congress of the church left millions of worshipers in attendance in a great shock. During the one-week programme which ended on Saturday, with a three-in-one service, (comprising anointing, communion and impartation), the man of God had a transfer of anointing. Adeboye, who will be 74 in March 2016, said he would not be too young at 73 to go back to his savior. 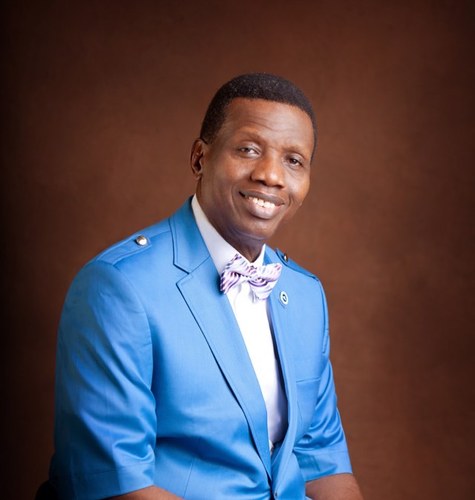 While explaining the importance of transferring anointing, the man of God said the transferred anointing is always more potent than the index case, using Moses and Elijah as examples. Using the scripture, Adeboye pointed that where Moses, who got his anointing directly from God failed, Joshua, who got his fire from Moses, excelled.

He also cited the case of Prophet Elijah who performed 7 miracles while Elisha who got his anointing from Elijah when God was taking him away, performed 14 miracles. He also went further to explain how the transfer of anointing to recipients was done just when their masters were about passing away.

He said he would anoint his wife and other very senior pastors who, in turn, would anoint other pastors, from where the worshippers would experience their own anointing fire. After the explanation, he looked at the congregation and said:

This got a chorus of disapproval from the new auditorium. The pastor however said: “I am not too young to die.” Again, the crowd screamed their disapproval. To calm everyone down, Adeboye later said: “okay, it is not now (I’m not dying now).” The crowd roared a thunderous “Amen.”

Just yesterday, Sunday, January 10, the revered man of God was at Lagos Province 12, Dominion Cathedral, Gowon Estate, Lagos,  where he prayed that  everyone present will have a ‘dedication miracle’. His visit was geared at celebrating the 12th year anniversary of the province.

Not long ago, the man of God was honoured by the United States.