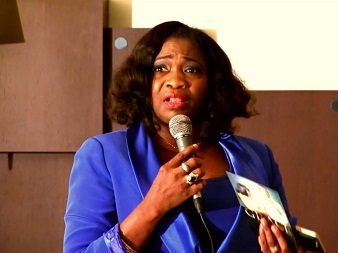 A former member of the House of Representatives and celebrated newscaster, Hon. Abike Dabiri-Erewa, on Monday, frowned at the continued gale of defections of politicians from the opposition Peoples Democratic Party (PDP), to her party, the All Progressives Congress (APC).

Dabiri-Erewa, who was Chairperson of the House Committee on the Diaspora, expressed her disgust over the gale of defections, described it as shameful.

She also described the defectors as “political prostitutes”.

In a series of tweets via her Twitter handle, @abikedabiri, the ex-lawmaker, who represented Ikorodu Federal Constituency, Lagos State, said: “The rate of defection from PDP to APC is shameful. Political prostitutes, politics of convenience, not conviction”.

According to her, the governing party should close its doors against defectors, adding that “But APC leadership thinks otherwise”.

Mrs. Dabiri-Erewa emphasized that “Defection should not be so easy. But hopefully, we will gravitate towards ideology”.

Recall that last weekend, a former senator, reps member and one time chairman of PDP in Akwa Ibom State defected to APC while former governor of old Anambra State, Chief Jim Nwobodo and a former member of the House of Representatives, Uche Ekwunife, who later represented Anambra Central at the Senate, before her election was annulled by the appeal court, also defected to the ruling APC.

Since the APC won the presidential election last year, some prominent members of the former ruling party have dumped the party in droves and pitched their tent with the APC.