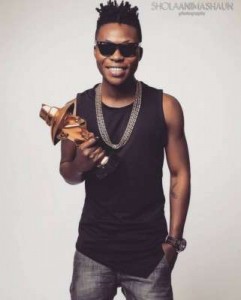 In a new chat with Hip TV, Mavin Records singer Reekado Banks, has revealed the kind of relationship he has with YBNL rapper Lil’ Kesh.

Reekado Banks’ victory at the Headies started the clash between Olamide and Don Jazzy.

In the interview, Reekado Banks said he wasn’t close friends with Lil Kesh but maintained that they have a cordial relationship despite the Headies drama.