The incident, according to The Punch, started at about 9.00pm on Wednesday, January 14, 2016 after an electrical spark in the switch room of the church. 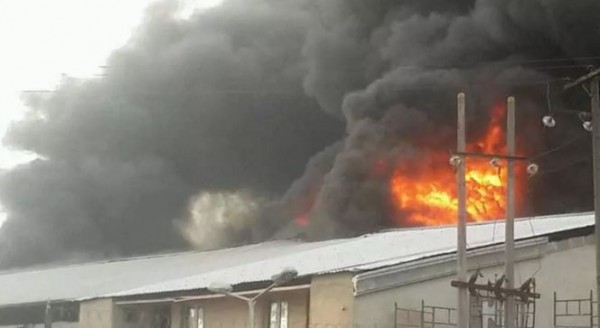 But for the swift response by officials of the Lagos State Fire Service and some church workers, the story may have been different.

An official of the fire fighters said: “Around 9.08pm on Wednesday, we got a call that there was a fire incident in the church. We deployed two 10,000 litres of water from our stations in Ikeja and Alausa. It was discovered that the fire was on the topmost floor of the church’s three-storeyed building.

“There had been an electrical spark in the switch room, which triggered off the fire. In about 30 minutes, we put it out.”

At the cross over service last year, there were reports that the church, popular for the miracles being performed by its pastor, was charging N1,000 before letting people enter the church.