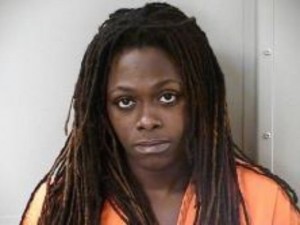 A Tennessee schoolteacher is facing reckless endangerment charges after police say she was found driving around town with nine children in her vehicle, including three riding in the trunk. H’Post reports:

Andria Desha James, 32, was arrested Sunday evening after police say they received a call about the disturbing sight at a Speedway gas station in La Vergne, outside Nashville, WKRN-TV reported. In addition to the three children, all of them between ages 9 and 10, in her trunk, James allegedly had six other children of similar age in the vehicle’s cab area.

It isn’t clear whether the children were harmed in any way, but there have been no reports of injuries or other physical trauma. When questioned by police, James identified herself as a teacher at the Alex Green Impact School, The Daily News Journal reported Monday, citing an arrest report.

It’s not clear why James had any children in her car in the first place. Reached by WKRN Monday, James denied that she ever had kids in her trunk, but said the children were in her car because she was removing them from an unsafe situation. The children’s parents were reportedly called to pick them up from the scene while James was booked into the Rutherford County jail. She’s since bonded out, online jailhouse records show. A La Vergne police spokesman told the Journal that the children in the car may have been James’ students.