Home News Feed Meet The First Wife Of The Alaafin Of Oyo… The Couple Are...
Facebook
Twitter
WhatsApp

The Alaafin of Oyo, Oba Atanda Lamidi Olayiwola Adeyemi III, ascended his father’s throne in 1970 when he was in his thirties. 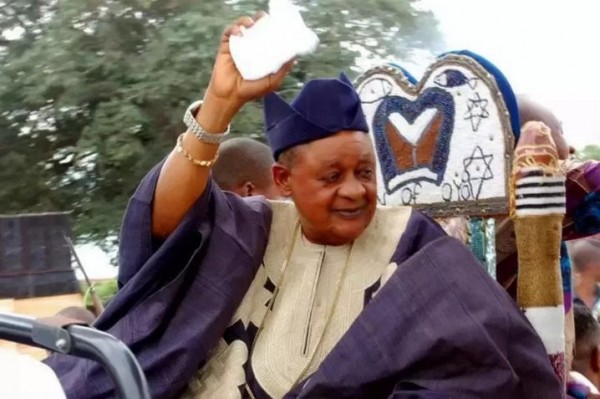 Preparation has been in top gear to have a massive 45th coronation anniversary celebration this week. It is expected to bring the high and mighty from all over the world together.

Alaafin of Oyo has been in the news with his many wives numerous times but not many know his first wife, Ayaba Abibat Adeyemi, who many refer to as ‘first lady & strong pillar of the Alaafin’.  The 77-year-old highly-revered woman is also same age with the Alaafin. She turned 77 in December 2015.

Alaafin of Oyo and Ayaba Abibat have been married for about 58 years as they met when they were in their late-teenage years. Ayaba Abibat is the mother of Alaafin’s first child (daughter) and the Aremo (first son). The royal couple have between them 5 highly-successful children and grandchildren. Three of Kabiyesi and Ayaba Abibat’s children were born before he ascended the throne in 1970. 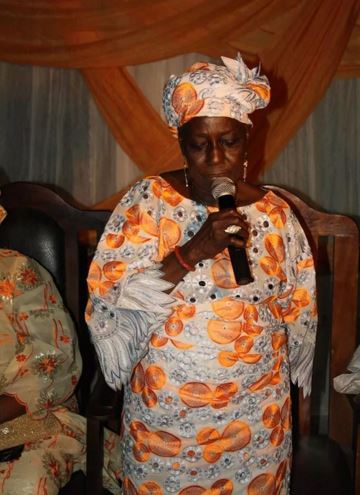 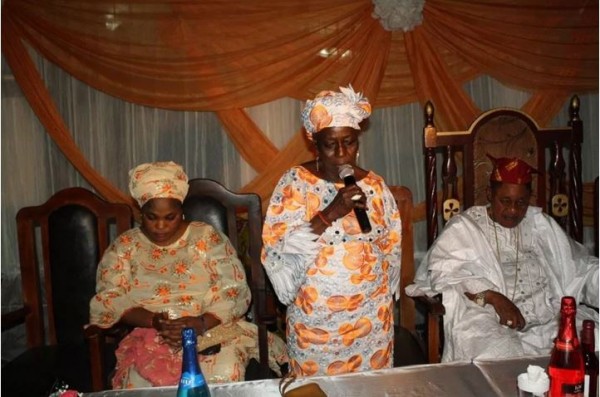 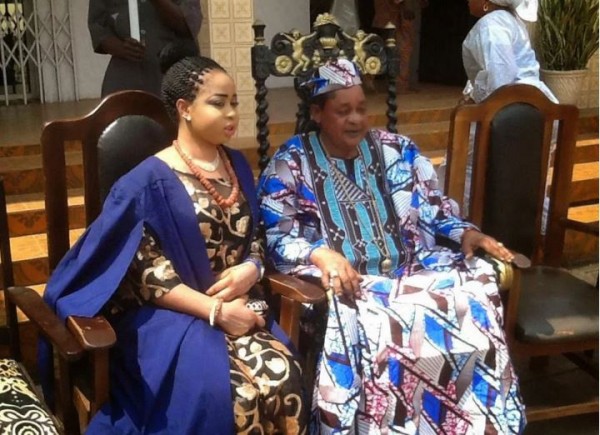 Alaafin Oyo and his last wife who is an undergraduate.

The monarch succeeded Alaafin Gbadegesin Ladigbolu II in 1970, during the governorship of Colonel Robert Adeyinka Adebayo, after the end of the Nigerian Civil War. He last year went on a shopping spree with his wives in London and caught the attention of the world.