Home Entertainment SEE All The Drama Tekno Caused In Tanzania After Hooking Up With...
Facebook
Twitter
WhatsApp 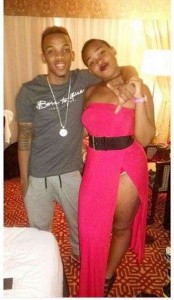 Fast rising Triple MG singer and producer, Tekno, 23 is currently trending in Tanzania because of his association with a popular Tanzanian musician, video vixen and host Gigy.

Two days ago (January 4), she shared photos of herself with the ‘Duro’ singer.

After sharing the picture, her followers started typing insults on her Instagram page.
Gigy went on to later share two pictures of herself with Tekno and captioned them “When You Know B* wanna be you and Wish it was Them….Relax b* my lane is way Up for you to deal with it…..If I gave him P* that’s none of your business and If I didn’t its still doesn’t concern you…. Keep Talking *expletive* and Entertain your sh*tty mouths….F* Off B*.”

Now the reason why his fans in Tanzania have been writing ‘Tekno RIP’ is because he was reportedly with another model named Lulu (Elizabeth Michael) while in the country.

According to Tanzanians anyone who hooks up with Lulu ends up dead.

Tekno has responded to the stories of his ‘adventures’ in Tanzania, disassociating himself from Gigy.

You can read it below: –