Popular Nigerian female rapper and makeup artist Eva Alordiah got engaged to her longtime sweetheart, Caeser on Friday, January 1, at the Headies 2015 held at the Eko Hotel and Suites, Victoria Island, Lagos. 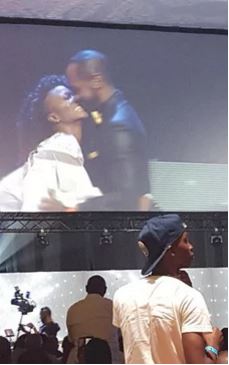 Eva’s boyfriend who is a TV presenter, model and actor proposed to the music artist while performing live on stage alongside Kenyan music star Victoria Kimani when he knelt down in front of her on one knee uttering the big question, “Will you marry me?”

Eva Alordiah who was not expecting such a big surprise without hesitation replied her beau by saying YES and sealing it with a passionate kiss, as everyone watched them. 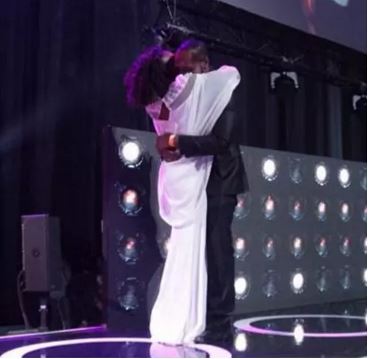 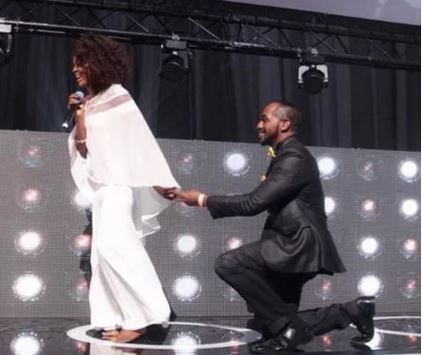 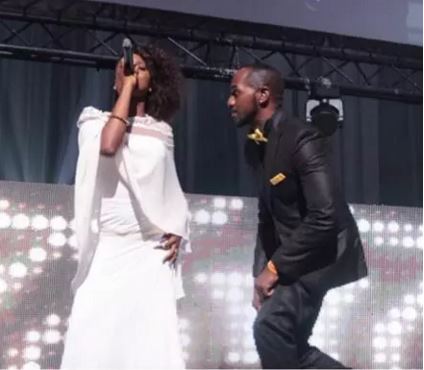 However, the couples are yet to speak on their new life together or to reveal their wedding plans.

Still on Headies 2015, Nigerian music artist Olamide and Mavin Records Label boss, Don Jazzy engaged in a shocking fight over an award meant to be given to Lil Kesh but was given to Reakado Banks