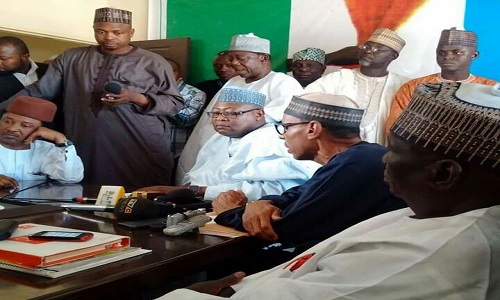 The alleged suspension of the senator representing Kaduna Central, Shehu Sani, by the Tudun Wada branch of All Progressives Congress, APC, in Kaduna State has been described by the North-West zonal chapter of the party as illegal.

The Chairman of the party in the zone, Inuwa Abdulkadir, said on Monday that as far as the national secretariat of the APC is concerned, Senator Sani remained a bonafide member of the party.

Mr. Abdulkadir was in Kaduna as part of the reconciliation process initiated by the national leadership of the party to resolve the internal crisis rocking Kaduna APC.

He also cautioned aggrieved party members to desist from the media war that trailed the purported suspension of the senator.

Abdulkadir said, “We are in Kaduna to meet with the party elders in the state on ways to address the problem. Whatever the case may be, there are rules and regulations of the party that is bound on every party member.

In a brief remark, the former interim chairman of APC in Kaduna, Hakeem Baba Ahmed, who spoke on behalf of the elders of the party, expressed happiness for the intervention of the national leadership, saying it was timely.

Mr. Sani, who was also at the meeting, said he will abide by the ‘ceasefire’ agreement brokered by party leaders just as he pointed out that he had no problem with the state governor, Nasir El-Rufai’s policies.

The alleged suspension of the senator was hinged on his public condemnation of the policies of the Kaduna State government, which was termed anti-party.

Senator Sani blamed some people around the governor for fueling the crisis between him and Mr. El-Rufai.