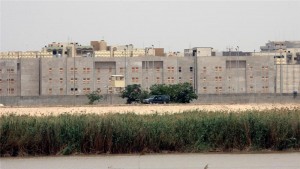 The US embassy says “several” Americans have gone missing in Iraq after local media reported that three US citizens had been kidnapped in Baghdad. “We are working in full cooperation with Iraqi authorities to locate the missing Americans,” US embassy spokesman Scott Bolz said.

The comments by US officials came after the Arab news channel, al-Arabiya, citing its own sources, reported that three Americans had been kidnapped by militias in Baghdad. Iraqi media reports said the Americans went missing in the south of the capital on their way to Baghdad International Airport.

A Western security official, speaking on condition of anonymity because he was not authorised to brief the media, told the Associated Press news agency on Sunday that he had been told that three Americans went missing 24 to 48 hours ago. There were no immediate claims of responsibility.