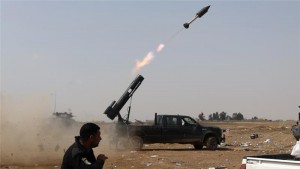 In figures it calls “staggering”, the United Nations says that almost 19,000 civilians have been killed and more than 36,000 wounded in violence in Iraq since the start of 2014.

In a new joint report published on Tuesday, the UN Assistance Mission for Iraq and the Office of the UN High Commissioner for Human Rights listed a large number of atrocities committed by the Islamic State of Iraq and the Levant (ISIL) group. It also called on the government to do more to stop sectarian violence and help displaced families to return to their homes.

“Even the obscene casualty figures fail to accurately reflect exactly how terribly civilians are suffering in Iraq,” UN rights chief Zeid Ra’ad Al Hussein said in a statement on Tuesday. “The figures capture those who were killed or maimed by overt violence, but countless others have died from the lack of access to basic food, water or medical care.”

The UN’s figures are based on casualties reported between January 2014 and October 2015. The joint report highlighted abuses committed by ISIL, saying that about 3,500 people were currently being held as slaves in Iraq by the armed group. “Those being held are predominantly women and children and come primarily from the Yazidi community, but a number are also from other ethnic and religious minority communities,” the UN report said.