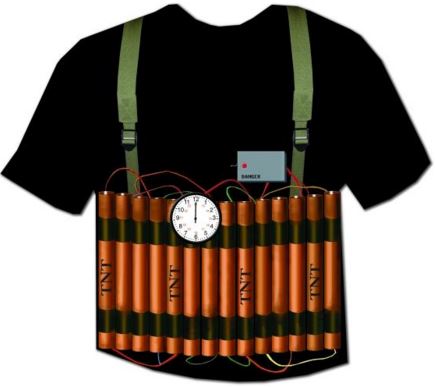 Five Internally Displaced Persons IDP’s were killed on Monday after a male Boko Haram suicide bomber detonated his suicide vest in Izge IDP Camp in Borno state. According to reports, the suicide bomber sneaked into the midst of resettling members of a recently displaced community -before carrying out his mission (detonating himself), killing returnee refugees and injuring many others in the reclaimed Gwoza town, Borno. Pictured above is the blown up body of the suicide bomber. See graphic photo below.