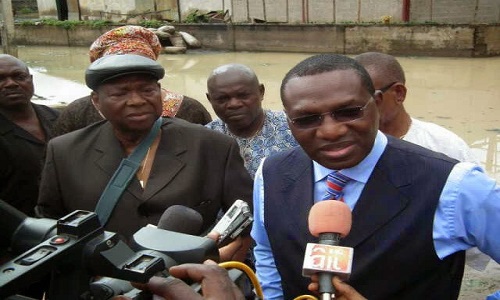 The Senator representing Anambra-South Senatorial District, Andy Uba, has urged the people of Anambra State to disregard insinuations that he has been sacked from the Senate by the Supreme Court.

Uba, who was reacting to media reports that the verdict of the Supreme Court last Friday removed him, his Anambra-South and Anambra-North counterparts, as well as other state and National Assembly legislators elected on the platform of the Peoples Democratic Party in the state, said he was not a party to the suit, just as his name or his seat was not mentioned at any stage of the suit, which commenced in 2014 at the Federal High Court.

According to him, the issue in contention, in the case decided by the Supreme Court, was on the chairmanship of the Anambra State chapter of the PDP and the constitution of its State Executive Committee.

Senator Uba noted that the wrong and false interpretation being given to the verdict of the apex court was a calculated mischief planned by certain politicians in Anambra State who are simply interested in confusing issues.

“They are just raising a false alarm. National Assembly election matters do not get to the Supreme Court. The Court of Appeal is the terminal point. Also, there are no pre-election issues concerning my candidacy.

“Those who think they can get through the back door what our party members and the electorate did not give them are the ones giving this wrong interpretation to the verdicts delivered today.

“I have directed my lawyers to engage the Supreme Court so as to clear this mischievous information being peddled by some politicians”, a statement from his office in Abuja said on Saturday.