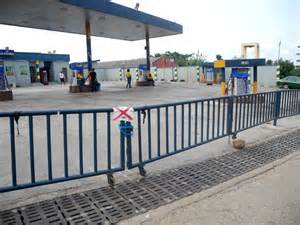 The Kano State Task Force Committee on Distribution of Petroleum Products has sealed off five filling stations found selling above the approved pump price in the night.

Chairman of the committee, Rabiu Bako, disclosed this to journalists in Kano on Friday.

According to Bako, some of the filling stations were found to be selling petrol to black marketers at 5am and at a price ranging between N110 and N130 per litre.

“This is a complete violation of the order on the government approved price of N86.50 per liter”, he said.

He said the affected filling stations would remain shut until they pay the fine imposed on them.

He warned that the committee would not allow some unpatriotic marketers to create artificial scarcity of the commodity in order to maximise profit.

“We shall continue to embark on night operation so as to track down such unpatriotic marketers with a view to sanctioning them”, Mr. Bako said.

He said since the task force commenced operation in the last two weeks, it had distributed over nine million litres of fuel across the state.

He said the price of the commodity had, therefore, gone down even at the black market where a four-litre gallon, which used to sell at between N1, 000 and N1, 200, had now crashed to N600.