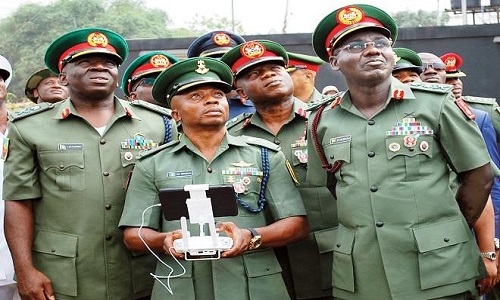 He also commended the Army for crushing insurgency in the north east.

Buratai made the declaration at the weekend while laying the foundation stone for the new Brigade headquarters complex at the 2 Brigade, Port Harcourt, Rivers State.

According to him, the army will remain vigilant to contend any new strategy that may be adopted by the terrorists.

Buratai said: “The North East operation is critical at this stage. The terrorists have been defeated; these criminals may rear their ugly heads through other means. We will continue to maintain vigilance”.

Besides, he assured that the federal government will continue to give special attention to the welfare of soldiers.

While commending soldiers of the 2 Brigade for their commitment to duty, the army chief noted that the Nigerian Army had remained celebrated all over the world for professionalism and high level of discipline.

Buratai also commended the effort of the Brigade in the war against oil theft, saying they should continue to maintain very high standard of discipline.

He said the army will improve on challenges of accommodation in barracks round the country, adding that attention will also be given to the medical needs of soldiers and their family members.