Three decomposing corpses and a human skull have been exhumed from a building in the Ugwuaji area of Enugu.

Our correspondent learnt that the corpses were exhumed from the building, which is under construction, late on Monday evening by some youths, based on a directive by police operatives.

The discovery of the corpses has left residents of Enugu in fear, and it is unclear who the building belongs to. 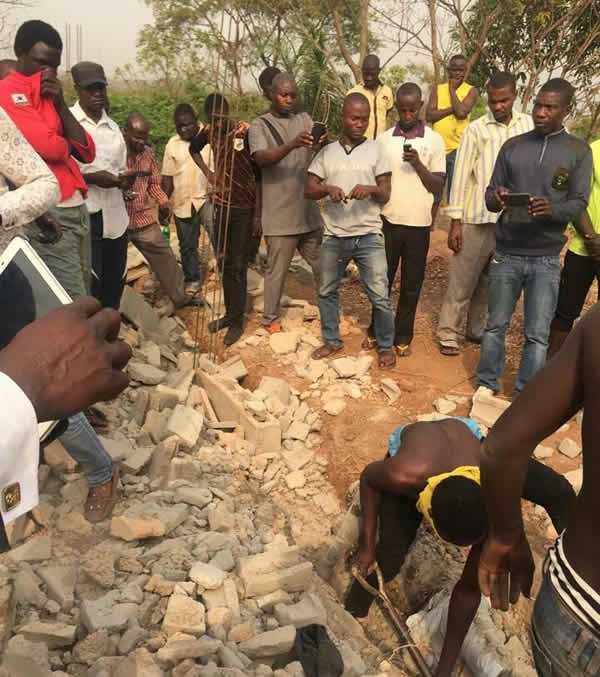 Unconfirmed reports suggested that the structure, which is under construction, was a church building. However, there are also reports that claim the building belonged to a businessman. 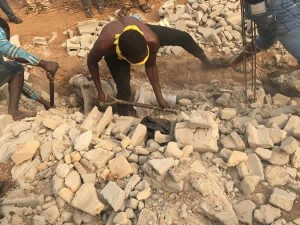 It was gathered that the corpses were buried in the foundation of the building, and covered with concrete and blocks.

It was also learnt that the construction of the building commenced recently.

Our correspondent, who visited the building site, observed that the construction was still at the foundation level.

The corpses were said to have been exhumed after one of the workers on the site, who allegedly had knowledge of the internment of the dead bodies in the foundation, notified men of the Enugu State Police Command.

A police source, who did not wish to be named, told our correspondent that the alleged worker, who blew the whistle about the development, disclosed that the bodies were buried at the foundation before concrete and blocks were laid.

A team of policemen mobilised some youths to dig up the foundation, leading to the discovery of the corpses.

As of the time of filing this report, the corpses had not been identified. Also, the identity of the owner of the building is still unknown.
The Enugu State Police Command, on Tuesday, said it is conducting investigations into the development.

Police spokesman, Mr. Ebere Amaraizu, said the investigation would unravel the identity of the corpses, as well as the persons that killed them.

Amaraizu said, “The Enugu State Command of the Nigeria Police Force has commenced investigations into the discovery of three decomposing corpses, and also a skull, by its operatives on January 25, 2016 at a bush by Ugwuaji, in Enugu, along the Enugu/Port Harcourt Expressway with a view to establishing the identity of the corpses, where they were allegedly killed, and the possible suspects, amongst others.”