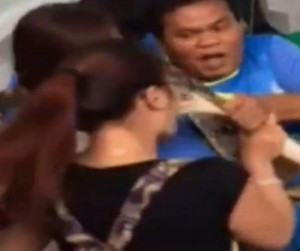 A tourist’s attempt to kiss a snake at a park in Thailand ended in disaster when the antisocial serpent struck and bit the woman on the nose.

The woman, a tourist from Shanghai, China, was visiting the snake park in Phuket with her group Saturday when a handler invited her to kiss one of the animals.

The tourist leaned in toward the snake, which unexpectedly spun its head around and bit the woman on the nose. The woman was taken to Phuket International Hospital to treat her wound from the non-venomous python.

The snake park agreed to pay the woman $3,300 compensation. Officials said this is the first time anyone has been bitten by the snake, which they said frequently allows tourists to kiss it.