So, the main man involved in the drama that went down yesterday at the Headies Awards has spoken.
The very talented singer, Lil Kesh, who lost The Next Rated Award for 2015 to Reekado Banks took to twitter to say his mind about his loss.
The award which came with a vehicle has probably broken the bond between 2 of the hottest music powers in the country at the moment.
Lil Kesh went on Twitter to say that he makes more than the SUV in two weeks.
See more tweets below: – 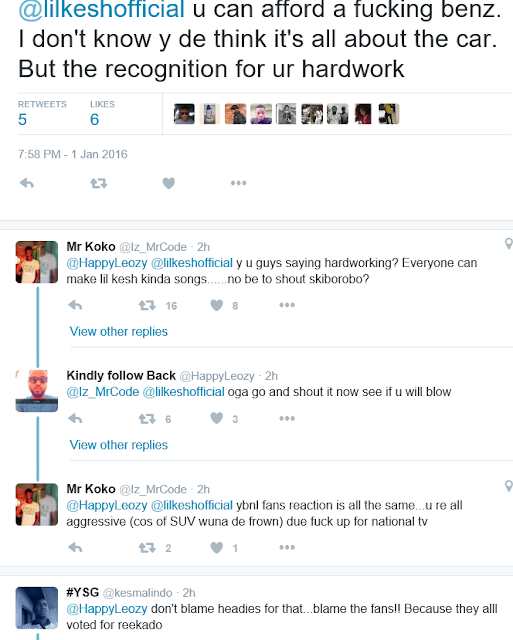 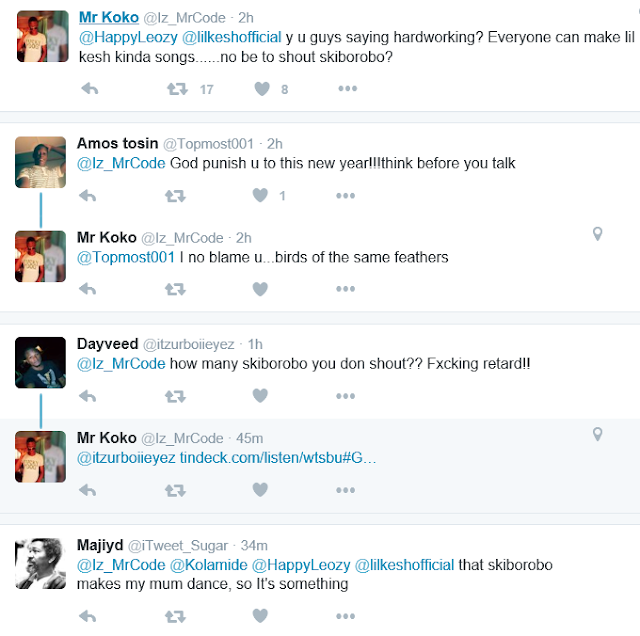 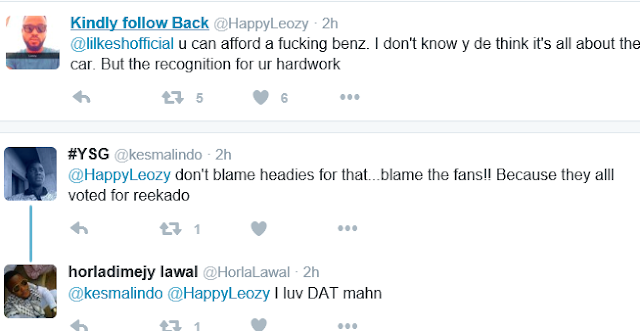