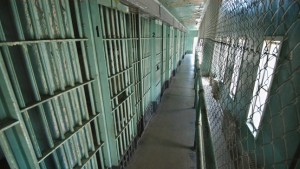 A young, unmarried couple have been jailed for a month and will be deported after completing the sentence after they were convicted of living together for three weeks and kissing. The man, 20, and woman, 19, both Pakistani, were initially charged with having sex out of wedlock, but a medical examination found that they had not, Ajman Criminal Court was told.

The man told the court the couple had been in a relationship for four years. On November 30 last year, he asked his girlfriend to leave her family home in Ajman so they could get married. She left at 1am while the rest of the family was asleep and after some hours, her father reported her missing. Other family members told police she had left home under duress because her boyfriend had threatened her.

After three weeks, the couple handed themselves in to a ­police station and told ­officers that they were together by ­mutual consent. “I have known her for four years, and she is my love and I want to marry her,” the man told police. “We did not have sex, I just kissed her.” The woman said she wanted to marry her boyfriend and had run away from home because “my father wants me to marry someone else”.

The couple were sentenced to a month in jail and fined Dh1,000 each. Both will be deported after serving their jail terms.