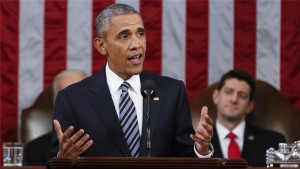 Politicians in the US have blocked a bill that would have made it harder for Syrian and Iraqi refugees to enter the country. The result of Wednesday’s vote was 55-43, with “yes” votes falling short of the 60 needed after Democrats refused to support the Republican-backed measure in the 100-member Senate.

No Republicans voted against the bill, and only two Democrats backed it. Among other things, the bill would have required high-level US officials to verify that each refugee from Iraq and Syria posed no security risk before they were allowed into the US. Al Jazeera’s Kimberly Halkett, reporting from Washington, said the Senate’s view in the end was that the US had a long history of helping people fleeing war to come to the country.

“Critics of this legislation said that this would in many ways be very unfair and penalise those refugees in comparison to others who are trying to come to the United States from other countries … in that there is already extensive vetting taking place,” she said. Republicans had said tighter screening was essential to ensure the safety of Americans and prevent attacks.