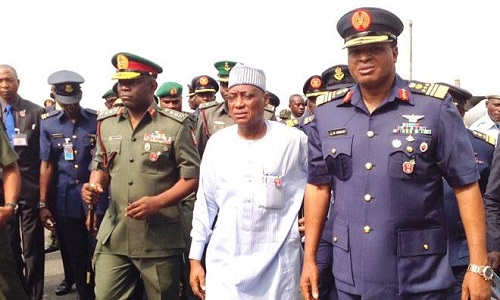 The Federal Government yesterday denied claims that it spent about $11 million to transport 24 Mine Resistant Armour Protected vehicles donated to the Nigerian Armed Forces by the United States Government.

The Minister of Defence, Mansur Dan-Ali made the clarification in Lagos at the commissioning of some Nigerian Air Force (NAF) projects as well as the inspection of the MRAP vehicles.

Dan-Ali said the vehicles never cost the federal government the said sum to transport into the country but he was silent on the actual figures.

The Chief of Defence Staff, General Gabriel Olonisakin, who also spoke on insurgency, said the military had degraded Boko Haram.