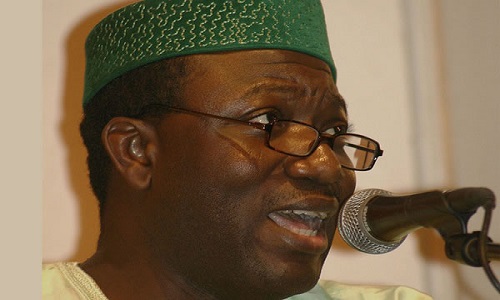 Over a year after he handed over power to the incumbent, former Governor Kayode Fayemi is being missed by Ekiti State workers, who said they fared better under his government.

They alleged poor welfare conditions occasioned by non-payment of their salaries and other entitlements under the Governor Ayo Fayose administration in the state.

Making their observations known under the aegis of Enlightened Workers Forum (EWF), they claimed that the last Yuletide was “the worst for workers in the history of Ekiti” as many of them celebrated the holidays in hunger.

The EWF, in a statement yesterday by its Coordinator, Mike Bamidele, said workers enjoyed salary increase at least three times during the Fayemi administration aside other incentives such as promotion, special Christmas/New Year allowances, among others.

Fayemi, according to them, “gave substantial Christmas bonuses to all workers, which started from 10 per cent of basic salaries in his first year to 30 per cent in the fourth year”.

The EWF recalled that during negotiations leading to the N19,250 minimum wage being enjoyed in the state, it was believed that the Federal Government would increase allocations to states but this was not to be as states began having difficulties paying salaries.

They said Fayemi, who is now the Minister for Solid Minerals, in agreement with labour leaders in the state, adopted the option of paying net salaries and differing deductions till when there would be special releases but the organised labour did not carry workers along on the decision “hence the blackmail that followed”.

The statement said: “Fayose has never increased salary in the history of his governance of Ekiti State, rather he is known for inciting the people of the state against the workers.

“We had no doubt found ourselves in a situation whereby the Awo free education legacy had been destroyed in Ekiti State, as pupils in primary and secondary schools have to pay fees.

“Now artisans and various trade groups groan under the burden of heavy tax. May God save workers from the pains they are going through. The benefits of the Fayemi administration were enormous”.